The largest un-flooded and unbroken caldera in the world.

The largest un flooded and unbroken caldera in the world.

The Ngorongoro Crater is the world’s largest intact volcanic caldera.  Forming a spectacular bowl of about 265 square kilometres, with sides up to 600 metres deep; it is home to approximately 30,000 animals at any one time.  The Crater rim is over 2,200 metres high and experiences its own climate.  From this high vantage point it is possible to make out the tiny shapes of animals making their way around the crater floor far below.  Swathes of cloud hang around the rocky rim most days of the year and it’s one of the few places in Tanzania where it can get chilly at night.

Ngorongoro Crater: Wildlife Highlights
Ngorongoro Crater is one of the most likely areas in Tanzania to see the endangered Black Rhino, as a small population is thriving in this idyllic and protected environment. It is currently one of the few areas where they continue to breed in the wild. Your chances of encountering leopard here are also good, and fabulous black-maned lions.  Many flamingos are also attracted to the soda waters of Lake Magadi.

Ngorongoro Crater: Maasai village trips
Part of the reason behind the Ngorongoro Conservation Area has been to preserve the environment for the Maasai people who were diverted from the Serengeti Plains.  Essentially nomadic people, they build temporary villages in circular homesteads called bomas. There are possibilities to visit a couple of these now, which have been opened up for tourists to explore.  Here you can see how the huts are built in a strict pattern of order according to the chronological order of the wives, and experience what it must be like to rely on warmth and energy from a fire burning at the heart of a cattle dung dwelling with no chimney. These proud cattle herding people have a great history as warriors, and even though they are no longer allowed to build villages inside, they continue to herd their cattle into the crater to graze and drink, regardless of the predators nearby. 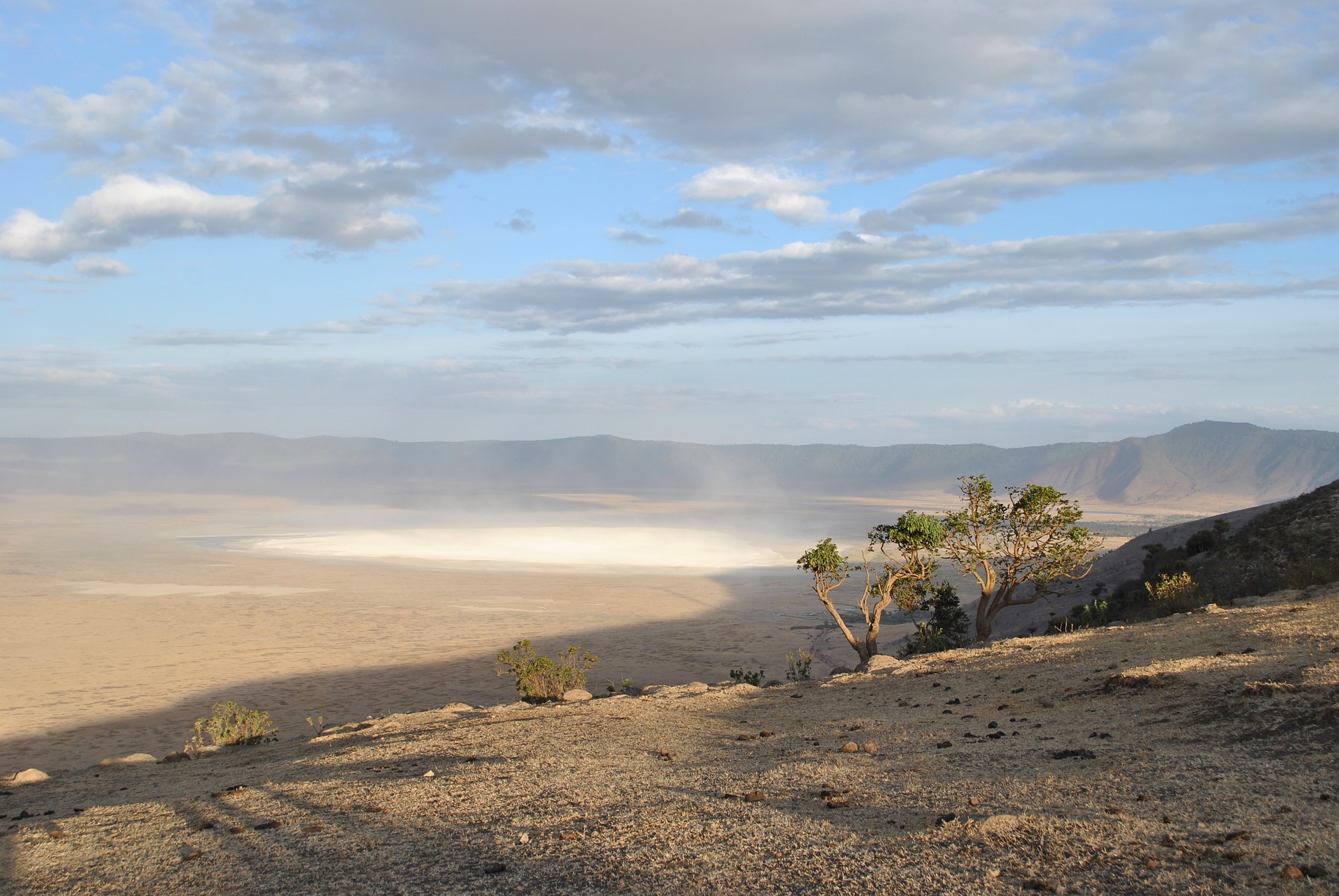